Elder Scrolls Online’s next expansion will be heading to a brand new region. Earlier today, Zenimax Online announced The Elder Scrolls Online: Legacy of the Bretons, a new DLC set that will take the popular MMO to the never-before-explored Systres Archipelago.

The expansion was introduced via a new trailer that you can watch below. It serves to set the mood for a more traditional medieval fantasy this time around, spotlighting the Bretons in a story that will focus more on the politics between the world’s various factions.

“The Bretons are the one race that has never really had an opportunity to shine in the sun,” Elder Scrolls Online creative director Rich Lambert said in a recent interview with PC Gamer. “They’ve never had a spotlight in any Elder Scrolls game. Even when we did bits and pieces of them in both Glenumbra and Stormhaven, we never really focused on their culture. So that was something we wanted to rectify.”

In addition to cloak-and-dagger politics, Legacy of the Bretons will introduce a new card game in the vein of Gwent, Triple Triad, and other in-game CCGs. Called Tales of Tribute, it will allow players to take on both NPCs and ranked opponents. Players will be provided with four starter packs that can be earned by completing a tutorial.

The new expansion will begin in March with the Ascending Tide DLC, which will add two new dungeons and provide backstory for the new content. It will be followed by the High Isle chapter, which will begin the expansion proper. 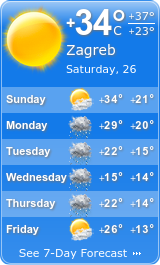